Would you like to switch to the accessible version of this site?

Don't need the accessible version of this site?

One-quarter of U.S. adults (nearly 62 million) visited a chiropractor in the last five years, and over half of this population went in the last 12 months. Of those who recently visited a chiropractor, 88% reported that the quality of care they received was a good value for their money, and three out of four people who saw a chiropractor in the past year described their care as “very effective.” In fact, in a consumer survey, chiropractic care outperformed all other forms of treatment for back pain, including both prescription and over-the-counter medications, deep-tissue massage, Pilates and yoga.

Risks associated with chiropractic care are extremely small. Because chiropractic care is drug-free and surgery-free, it does not expose patients to the risks associated with pharmaceuticals or surgical procedures. Surgery comes with the risk of infection and other complications during or after the procedure, and prescription painkillers come with other well-known risks, such as the potential for abuse and addiction.

Now that the U.S. and other countries are facing an opioid overdose epidemic, chiropractic care is receiving a significant amount of attention for helping to alleviate chronic pain without the use of medications like opioids. In fact, in early 2019, research was presented at a conference for the American Academy of Pain Management. This research showed that the patients who visited a chiropractor for pain management were nearly half (49%) as likely to be prescribed an opioid as those who sought out other types of healthcare providers to treat pain. Even over-the-counter medications like anti-inflammatory drugs can have adverse side effects (internal bleeding, for example).

The risk of serious complications from chiropractic treatment, in contrast, is estimated at less than one in 1 million treatments—and the adverse effects reported were generally related to a pre-existing medical condition. The odds are greater that you will be struck by lightning!

Chiropractic care offers safe and effective treatment for a variety of conditions, including lower back pain, which is the leading cause of physical disability across the globe, according to a 2013 Global Burden of Disease study. A meta-analysis published in the Journal of the American Medical Association in 2017 concluded that spinal manipulation should be the first line of defense for treating acute lower back pain. This is an important piece of research, as so many who suffer from chronic pain turn to addictive medications to treat the pain or to invasive surgery. In 2017, the American College of Physicians updated their lower back pain treatment guidelines to recommend the use of drug-free therapies such as spinal manipulation for treating acute and chronic lower back pain. 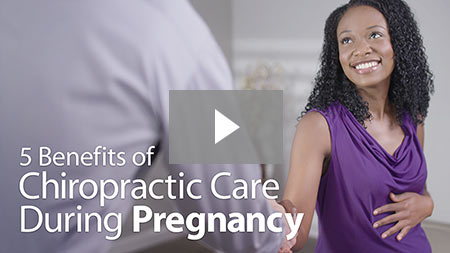 Chiropractic care is safe for both pregnant women and children alike. In fact, 75-85% of women who sought chiropractic care while pregnant reported that it helped reduce their back, leg, joint and pelvic aches and pains. Chiropractors also help reduce the likelihood of experiencing back pain while in labor. This is significant, since 50% of women experience back pain while pregnant and 75% have it during labor.

In 2000, there were 30 million pediatric visits to chiropractors in the U.S., and by 2009, this number more than doubled to 68 million. One of the most common reasons children see a chiropractor is for the treatment of chronic ear infections. In fact, five out of six children will have an ear infection before the age of three. One study found spinal adjustments to help with ear infection symptoms in 93% of children. 75% experienced improvements in ten visits or less, while 43% were feeling better after one or two visits. Chiropractic care has also been found helpful for children who suffer from colic, torticollis (a twisting of the head to one side), nursing difficulties stemming from not being able to turn the head properly and problems with crawling.

In addition, evidence from research supports the effectiveness of chiropractic care in the treatment of headaches, neck pain, carpal tunnel syndrome, vertigo and possibly asthma, along with other conditions. Adults, children and pregnant women alike have found safe and effective results from chiropractic treatments to help alleviate pain and manage overall health. If you’d like to achieve and maintain wellness or would like to relieve pain in your body, we may be able to help!

Find Out When We Are Open